In Memory of
The Rev. Robert Z (Bob)
Carlisle, II
1938 - 2021
Click above to light a memorial candle.
Memorial Candle Tribute From
Williamson Memorial Funeral Home and Cremation Services
"We are honored to provide this Book of Memories to the family."
View full message >>>
Send Flowers
Plant a Tree In Memory of Your Loved One
Click Here
Menu 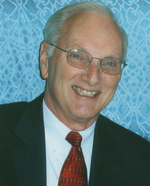 The Rev. Robert Z Carlisle II (Bob), devoted husband, father, and grandfather, died January 10 after a two-year battle with cancer. A retired deacon in the United Methodist Church, he committed his life to making disciples for Christ for 56 years, serving ministries in Oklahoma, Ohio, Kentucky, Colorado, and Tennessee. He was 82.
Following his retirement in 2005, Bob and Judy moved to Spring Hill, Tennessee, to spend time with their three grandchildren. Not one to remain idle, Rev. Carlisle served part-time at Christ United Methodist Church, in Franklin, Tennessee, as Minister of Evangelism. He also served as a consultant and was later hired as Acting Certification Administrator with the General Board of Higher Education and Ministry in 2005. This provided Bob the opportunity to support future Deacons and those navigating the United Methodist certification process. Rev. Carlisle fully retired in 2015.
In retirement, Bob never missed an opportunity to root on his grandchildren at their volleyball matches, sporting events, and numerous other activities. A loving and supportive father and friend, Bob and Judy traveled the country visiting their children and many friends. In 2011, Bob co-authored the book “The Lotz Family: Survivors of the Battle of Franklin” for the Lotz House Museum, in Franklin, Tennessee. On weekends, he enjoyed guiding tours of the Lotz House Museum and sharing the history of the Battle of Franklin.
Robert is survived by his wife, Judith Carlisle, of Spring Hill, TN; daughters, Chris Carlisle, of Franklin, TN, Cathy Carlisle-McMullen (John), of El Portal, CA; sons, Craig Carlisle, of Spring Hill, TN, Matthew Carlisle (Shannon), of Franklin, TN; and three grandchildren, Grace, Ella, and Ethan Carlisle, of Franklin, TN. He was preceded in death by his parents Robert Z Carlisle and Effie E. Carlisle. The family will celebrate Robert’s life during a private graveside service at Williamson Memorial Gardens in Franklin. When health provisions allow, a celebration of life will be held at Robert and Judy’s home church, Christ United Methodist.
In lieu of flowers, please consider donating to The Nicaragua Project, a ministry supported through Christ United Methodist. Visit https://christumcfranklin.org/give and note “Bob Carlisle” in the Memorials field.