In Memory of
Charles Earl
Gore, Sr.
1954 - 2021
Click above to light a memorial candle.
Memorial Candle Tribute From
Williamson Memorial Funeral Home and Cremation Services
"We are honored to provide this Book of Memories to the family."
View full message >>>
Send Flowers
Plant a Tree In Memory of Your Loved One
Click Here
Menu 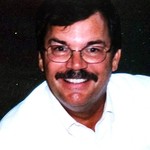 Charles Earl Gore, Sr., age 66, a lifetime resident of Franklin, TN, passed away January 17, 2021 at home, surrounded by his family, after an extensive battle with cancer. After graduating from Battle Ground Academy, Charles received his bachelor’s degree from Middle Tennessee State University. He started his banking career with Williamson County Bank and continued his passion for serving his hometown through various financial institutions until his retirement as Sr. Vice President with Simmons Bank. He was an active member of Franklin First United Methodist Church and Franklin Noon Rotary Club where he was a Paul Harris Fellow. Charles was an avid golfer and was twelve-time club champion at Country Club of Franklin. He later became a member of Vanderbilt Legends Club and played as often as possible. When not on the golf course, Charles could be found tinkering in his workshop, honing his woodworking and furniture-making skills. He was the type of person who busied himself with new projects and was always looking for something to fix. Most importantly, he was a loving and devoted family man who was happiest when surrounded by his people. His smile and humor will always be remembered and missed by all. Preceded in death by: father, Thomas Jasper Gore, Jr.; father-in-law, James Roth Lanier, Jr. and mother-in-law, Lillian Marie Brown Lanier. Survived by: loving wife of 46 ½ years, Sharon Lanier Gore; sons, Charles Earl, Jr. “Chad” (Kelly) Gore and Christopher Todd “Chris” (Lindsay) Gore; mother, Evelyn Andrews Gore; brother, Thomas Jasper, III “Tom” (Suzy) Gore; grandchildren, Hayden Charles Gore, Anna Lanier Gore, Dane Christopher Gore, Zoey Marie Gore and Maya Rose Gore; brothers- and sisters-in-law James Roth, III “Bo” (Sandi) Lanier, Charles Raymond “Chuck” (Michelle) Lanier and Elizabeth Suzanne “Susie” Boone, and beloved nieces, nephew and other loving family members. Due to the COVID pandemic, the family will hold a private memorial service at Franklin First United Methodist Church, and schedule a future Celebration of Life Service when it is safer to gather in larger numbers. The family would like to say a special thanks to the Legends Golf “Cartel”, friends in the banking industry, and many friends throughout the community for their love and support during his lifetime and especially during his illness. Memorial donations may be made to Franklin First United Methodist Church, 120 Aldersgate Way, Franklin, TN 37069. “Now my boat’s left on the shoreline behind me, by your side I will seek other seas.” WILLIAMSON MEMORIAL FUNERAL HOME, (615) 794-2289 williamsonmemorial.com
Printable
Share on Facebook
Facebook Twitter
Tennessee Funeral Directors Association National Funeral Directors Association Cremation Association of North America Cemetery Association of Tennessee Franklin Breakfast Rotary Club Spring Hill Chamber of Commerce Williamson Chamber of Commerce
Locations
News & Events
Resources
Planning Ahead
Contact Us
Proudly Serving the Communities of Franklin, Spring Hill, Middle Tennessee and Nationwide.