In Memory of
Thomas Michael
Bush, Sr.
1953 - 2021
Click above to light a memorial candle.
Memorial Candle Tribute From
Williamson Memorial Funeral Home and Cremation Services
"We are honored to provide this Book of Memories to the family."
View full message >>>
Send Flowers
Plant a Tree In Memory of Your Loved One
Click Here
Menu 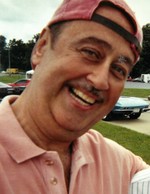 Thomas Michael Bush, Sr. age 67, of Cane Ridge, TN passed away Wednesday January 21, 2021 in Nashville, TN after an extended illness. Michael was born in Lebanon, TN and was retired from sales with Sunbeam Bread Company. He was a member of Rosedale Baptist Church and he enjoyed Collector Cars and Nascar. Michael loved his family dearly and he will be greatly missed by all who knew him. He is preceded in death by his parents, Kenneth G. Bush Sr. and Mary E. Meader Bush, step- mother, Lucille Pierce Bush. Survivors include his wife of thirty-nine years, Joyce Russell Bush, son, Thomas Michael Bush, Jr., brother, Kenneth Gordon Bush, Jr., sister, Janice Elizabeth (Lloyd) Pierce, grandchildren, Cody and Bailey Bush, brothers in law, Garlon (Pam) Russell, Mike Russell, sister-in-law, Judy Bell, and several nieces and nephews. Services will be conducted 1:00PM Sunday Jan 24, 2021 at Williamson Memorial Funeral Home with Bill George officiating. Visitation with the family will be on Saturday evening from 5 PM to 8 PM and one hour prior to the service on Sunday. Burial will follow the service in Williamson Memorial Gardens. Serving as Pallbearers are Garlon Russell, Mike Russell, Kenny Hickman, Houston Russell, Kris Russell and Haydin Brown. Memorials may be made to the American Heart Association.