In Memory of
Wayne Bradley "Brad"
Gearheart
1980 - 2021
Click above to light a memorial candle.
Memorial Candle Tribute From
Williamson Memorial Funeral Home and Cremation Services
"We are honored to provide this Book of Memories to the family."
View full message >>>
Send Flowers
Plant a Tree In Memory of Your Loved One
Click Here
Menu 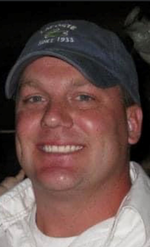 Wayne Bradley Gearheart, age 40, of Franklin, TN went to live with his Lord on July 15,2021. He was born on August 30, 1980, in Columbus, Ohio. He was the 4th son by Wayne and Brenda Gearheart. Brad moved to TN in 1992 and graduated from Page High school in 1998. He then attended Columbia State Community College. From a young age he had a natural gift of constructing things. His ability to visualize and create was incredible. At the age of 16, he became the foreman of a construction framing crew. This opportunity inspired him to build his own company, “Gearheart Company”. Brad played many sports growing up. His true love was wrestling. He became known as the kid near impossible to pin. He qualified and wrestled in the 1998 TSSAA Division/State wrestling Tournament. Brad’s charitable heart was extended to many. Be it, helping someone move to building a wheelchair ramp for a World War II veteran. Whatever your need was he would show up. Brad never knew a stranger. His infectious smile would always lift you up. He had a great sense of humor. His quick-witted quips kept grins on many faces. He would always share a joke and loved to pull pranks. Brad shared his love of the outdoors with his family on trail rides, camping, fishing, hiking, and hunting. Brad adored his children and was an “Amazing Daddy”. He was a loving husband, son, brother, grandson, uncle, cousin, and friend to all. He is preceded in death by: Brother, LCpl Benjamin Gearheart; Grandparents, Frank and Hazel Gearheart, Louise Quick and Harold Van Houten. He is survived by his wife: Mindy Gearheart; Daughter, Marlowe Gearheart; Son, Gage Gearheart; Step- Daughter, Sofia Guy; Parents: Wayne, Brenda Gearheart; Brothers: Frank (Hope Carlisle) Gearheart, Jeremy (Kelly) Gearheart; Grandfather, David Quick and many extended family and friends. Visitation will be held Friday, July 23, 2021, from 4-8PM. Funeral service will be held on Saturday July 24, 2021, at 11AM with visitation starting at 10AM. In Lieu of flowers memorial contributions may be made for his children at: gofundme.com – Brad Gearheart or through Venmo @Brenda-Gearheart.Williamson Memorial Funeral Home 3009 Columbia Ave. Franklin, TN 37064 (615) 794-2289